Note: I have since spoken with a TCI-trained analyst who says that she does see more unusual coloring/season combinations, such as DAs with blonde hair and blue eyes like myself, in her practice. I wish Amelia’s website made it more clear that the unusual is not impossible in the way she teaches Sci\ART.

Since True Colour brought its color analysis training to the United States, the color analysis community on Facebook has been rocked by the changes this new perspective on Sci\ART has brought. Analysts that were formerly under the 12 Blueprints banner were retrained, some of them even draping into different seasons themselves.

At first, I was excited about the prospect of a new voice in color analysis in the US. I had had my doubts about the 12Blueprints way of doing things for a while. Many people feel that 12Blueprints produces too many Bright seasons. I’ve seen people say things like Bright Winter was the only way they were visible under the heavy lights used during the draping, or that Bright Winter ended up as kind of a default because it was the closest to providing what they needed. To me, it seemed strange that a season as strong as BW was being used as any kind of default or “well, there’s nothing better, so…” season!

What happened, however, was more disappointing to me than a parade of Brights. It was Soft Party USA.

“I came into training thinking harmony cleaned things up on a person, or gave them a ‘zing’ or ‘wow’ factor. But I walked out thinking it maintained a person exactly as they were, that harmony looked different for every season, but it would never distort or change what you saw about their face against the neutral gray. And that might incidentally produce a zing, or be cleaner than something less harmonious, but that was not the primary goal.”
Heather Whitely
Fort Worth 2016

Now, here’s the thing. I don’t think looking disharmonious is desirable. I don’t think needing lipstick to show up in your season is a good thing. But I want to look my best.

I originally became a color analyst in search of harmony, however I started on a path that used Sci\ART terminology but sought and celebrated other things—intensity of eyes, definition of bone structure, the appearance of a slimmer or younger face, removal of redness, and cultural interpretations of beauty that pushed people to a point far more intense than their natural beauty could accommodate. There was heavy reliance on makeup to make the picture work, and an obsession with finding the exact perfect shade of lipstick since so many of them were far too much for the client. “Unusual” coloring became highly usual – “light” darks, “soft” brights, cool-toned people with warm “overtones,” blonde and redheaded winters… So many people walked away surprised by their assigned color space. And these were not just my clients – many more were the clients of my colleagues, practicing with the same philosophy and methodology.

Now, obviously, as a blonde in Dark Autumn, I’m naturally going to bristle at this a little. Dark Autumn just… works. When it comes to lipstick, for instance, this is the first time in my life when I’m finding it easy to find lipstick that works on my face. I never wore lipstick before because the direction I’d been pointed in as a blonde looked odd and unnatural on me, and I had no idea how to go about finding what my correct boundaries were. Same thing with clothes–I basically only wore black and gray. With Dark Autumn, even the colors that many people view as “ugly”–pea green, brownish yellow–look great, and I have confidence that if I have a Dark Autumn color on, I’ll look great.

Anyway, what the vast majority of the redrapings seem to be is putting someone into one of the two Soft seasons. Amelia admits that she sees these two seasons the most often.

When see I Soft after Soft, however, I don’t feel “wowed” the way I often do when someone has been properly analyzed. Soft seasons can look beautiful–this is a great example. Often, though, person is just… there.

But me? I want to look my best. I’m fairly certain I would end up a Soft if I went to a TCI-trained analyst: 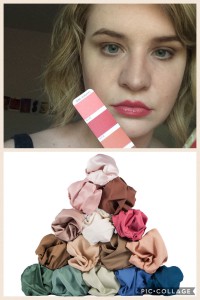 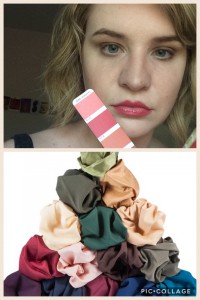 I’ve never really tried Soft Autumn, but I remember when I tried the Soft Autumn draping cards–basically, nothing happens. Maybe that’s harmony, I don’t know. But I do know that I prefer how I look and feel in Dark Autumn.

Some people do prefer the TCI approach and results. That’s fine! To me, no matter how much it’s advertised as a “science”–I think it’s actually pretty subjective. What do you want to look like? Which aesthetic do you prefer? My advice is–when you’re thinking about getting an analysis, look at the analyst’s client portfolio. Do you like how the people look in their season? Does your aesthetic match the analyst’s? Don’t just go to whomever happens to be closest. Getting draped is a major investment.