Update, 11/5/19: Please read this post. I no longer consider the ideas presented here to be valid.
— 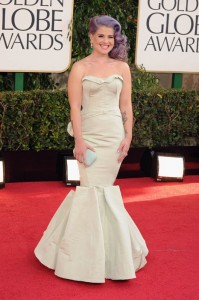 Sometimes I consider deleting old blog posts that no longer represent how I see Kibbe’s system. I try and go through my posts every few months and add notes to posts that I feel represent an idea that I’ve “archived,” so to speak, and that no longer factor into how I see Kibbe’s system. But I keep on seeing these posts referenced in other places regardless, and I feel like I’m confusing people, despite my clear note explaining that I no longer agree with what I wrote.

One of the major ideas that falls into this category are the ideas of a “curvy FG” and “g-leaning” and “f/n-leaning” FGs. Seeing these terms now make me twitch. I’ve come to realize that I am not a curvy FG. I am simply an FG.

The broadness is what makes the Flamboyant Gamine recommendations possible. If you want to hang a boxy top off your shoulders, you need broad shoulders to do it. All of the things that define Flamboyant Gamine as a separate type require a more significant bone structure than G has to pull them off.

So I’m not a “curvy FG” at all. I’m a regular old FG, no special changes necessary. I’m fleshier, because I’m a little overweight, not because I’m “curvy.” “Broadly angular” is how I would define the overall theme of my body shape. I have broad shoulders and wide, flat hips with angles in between. The Flamboyant Gamine recommendations as written respect this.

The issue arose when Gamines who are a little more yang were folded into FG. This does both groups a disservice. Suddenly the overall picture of the FG body shape gets a lot more narrow. Those of us who have the bone structure as described in the book somehow become the outliers.

I don’t think that FGs should be split into “N-leaning” (broader) and “G-leaning” (narrower, aka Gs). This is just a workaround for a supposed change that actually over-complicates Kibbe’s system. When I say “I’m an FG,” it should be understood that my wardrobe is built around the Flamboyant Gamine recommendations. Yes, Kibbe says you should also read the chapters for Dramatic and Gamine, and that Gamine is more important for the overall picture. At thinner weights, I think FGs can pull some things from Gamine. When I was very thin, I even sometimes dipped into SG (although of course at that time I had no idea SG existed). If you are broad enough to carry off FG, you are not going to need Gamine to make FG work for you; it may just be a possibility to expand your wardrobe possibilities, and one you may not always have at all times in your life.

Where I would use “leaning” is for Gamines themselves. I do see that there is variation in facial features that shows that the balance between yin and yang is not 50/50. But these Gamines should still base their wardrobes on the Gamine lines. Where they can pull from FG or SG is in things like pattern, jewelry, and even, in a way, “essence.” A Gamine that leans yang can easily pull off the mod and punk looks often associated with FG. And a yin-leaning Gamine might have even more of the “sweetness” and ingenue qualities ascribed to, sometimes mistakenly, to SG. Think Mia Farrow in Rosemary’s Baby. 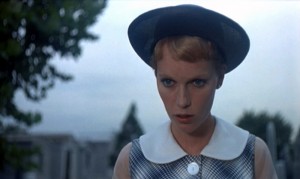 Unlike FG’s ability to steal from Gamine, this is something I don’t think would change over the course of your lifetime with weight gain and body changes. In my observations, it is mainly derived from facial features.

So, in closing, I’d like to retract the entire idea of “curvy FG” and the idea of there being two kinds of FGs. When I say “Flamboyant Gamine,” I am referring to the Flamboyant Gamine described in the book, one that is not mixed up with Gamine. I consider myself to fit in this group with no exceptions needed. If Flamboyant Gamine had been presented this way to me to begin with, I would not have wasted months in Soft Gamine and Soft Natural because I felt I wasn’t skinny and lanky enough for FG. In the end, isn’t simplicity and clarity in a system like this what we need?