Most people know that Kibbe has said that he doesn’t like to type modern celebrities because many of them have had too much plastic surgery to make it worthwhile. I generally agree with him; it can very, very tricky. Anyone who has followed the Kardashian/Jenner sisters since Keeping Up with Kardashians began can confirm that the people out there in Hollywood can do magical, magical things.

I would also argue, however, that there is another factor that makes understanding modern celebrity types difficult: the diet and exercise regime expected of most stars. Where did Romantic Madonna’s yin go? Only her personal trainer knows. 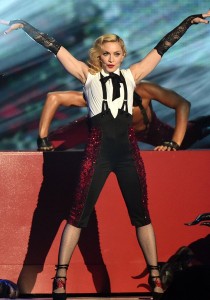 So we default to looking at the celebrities listed in the books, no matter how badly we want to find a modern celebrity to identify with. While plastic surgery has been in the star-making arsenal since Joan Crawford became a star, in the Studio era, it was more along the lines of the nose job and chin implant Marilyn Monroe received, rather than the coolsculpting and butt implants some are subject to today. 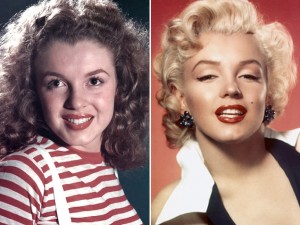 While bodies didn’t receive as much attention from cosmetic surgeons as they do today, there is something else we have to consider, something that hasn’t been on our minds for about fifty years. And that is girdles. 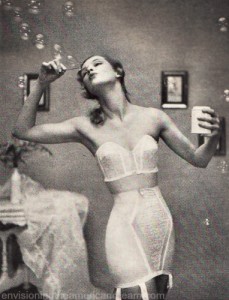 Although the effect is not as dramatic as corset training, you can see that the bikini bodies of women in the 1950s and 1960s were quite different. Basically, everyone had a small waist, and there’s something about it that differs from that of TRs and other naturally wasp-waisted women. Look at Faye Dunaway in the 1960s and then many years later:

In the later picture, it’s easy to see why she was named a Dramatic, even outside of her amazing legs and cheekbones. But in the ’60s? It would take some convincing.

So the best period for understanding what Kibbe-type bodies look like are from the ’70s through the mid-’90s: bodies weren’t altered by girdles OR strict personal trainers. 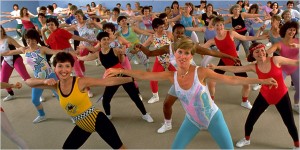